What Can and Should Humans Contribute to Superhuman AIs?

He will discuss what humans can and should contribute to superhuman AIs—not general ones intended to be like humans, but ones for specific applications that make the world a better place. He will discuss how the application should drive research. He will present extensive experiences from having fielded superhuman AIs for combinatorial markets, organ exchanges, and imperfect-information game settings. He will discuss inventing and scoping novel AI applications. He will discuss how humans should supply the value framework while leaving policy optimization and combinatorics for AI. He will cover a framework that separates those ends and means, and conducts future-aware optimization in very-large-scale dynamic problems in a scalable way. He will wonder about the future of science when theorems (not just proofs) and empirical theories need to be so long that they are beyond human comprehension. He will discuss human overconfidence in humans over AI. He will discuss what explainability could be and why in many AI applications it should not be required. Finally, he will suggest flipping ethics around from an ex post discussion activity to a system-design discipline that he coins pre-design ethics. 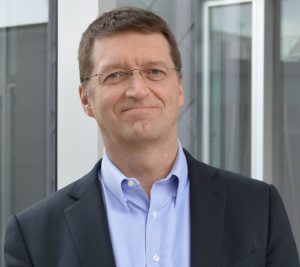 Tuomas Sandholm is Angel Jordan University Professor of Computer Science at Carnegie Mellon University and a serial entrepreneur. His research focuses on the convergence of artificial intelligence, economics, and operations research. He is Co-Director of CMU AI. He is Founder and Director of the Electronic Marketplaces Laboratory.
In parallel with his academic career, he was Founder, Chairman, first CEO, and CTO/Chief Scientist of CombineNet, Inc. from 1997 until its acquisition in 2010. During this period the company commercialized over 800 of the world’s largest-scale generalized combinatorial multi-attribute auctions, with over $60 billion in total spend and over $6 billion in generated savings. He is Founder and CEO of Optimized Markets, Inc., which is bringing a new optimization-powered paradigm to advertising campaign sales, scheduling, and pricing in linear and nonlinear TV, display, streaming, and cross-media advertising.
Since 2010, his algorithms have been running the national kidney exchange for UNOS, where they make the kidney exchange transplant plan for 80% of U.S. transplant centers together each week. He also co-invented never-ending altruist-donor-initiated chains, which have become the main modality of kidney exchange worldwide and have led to around 10,000 life-saving transplants. He invented liver lobe and multi-organ exchanges, and the first liver-kidney swap took place in 2019.
He has developed the leading algorithms and pipelines for several general game classes. The team he leads is the multi-time world champion in AI-vs-AI heads-up no-limit Texas hold’em, the main benchmark and decades-open challenge problem for application-independent algorithms for imperfect-information games. Their AI Libratus became the first and only AI to beat top humans at that game. Then their AI Pluribus became the first and only AI to beat top humans at the multi-player game. That is the first superhuman milestone in any game beyond two-player zero-sum games. He is Founder and CEO of Strategic Machine, Inc., which provides solutions for strategic reasoning in business and gaming applications. He is Founder and CEO of Strategy Robot, Inc., which focuses on defense, intelligence, and other government applications.
Among his honors are the Minsky Medal, Engelmore Award, Computers and Thought Award, inaugural ACM Autonomous Agents Research Award, CMU’s Allen Newell Award for Research Excellence, Sloan Fellowship, NSF Career Award, Carnegie Science Center Award for Excellence, Edelman Laureateship, and Goldman Sachs 100 Most Intriguing Entrepreneurs. He is Fellow of the ACM, AAAI, and INFORMS. He holds an honorary doctorate from the University of Zurich.