The number of disasters is growing as well as the number of people affected by them with great associated challenges for effective disaster management. In this presentation, Dr. Nagurney will describe her team’s research on the development of game theory network models for disaster relief that integrate financial flows from donors as well as the logistics associated with relief item deliveries. Both Generalized Nash Equilibrium as well as Nash Equilibrium constructs will be given and the associated methodologies for the formulation, analysis, and computation to the models outlined. Case studies on Hurricane Katrina as well as the tornados that hit western Massachusetts in 2011 will be presented, which provide surprising insights of relevance to policymakers.

If time permits, Dr. Nagurney will highlight her team’s additional recent work on stochastic game theory for disaster relief of relevance to the Covid-19 pandemic as well as game theory models for blood supply chains. 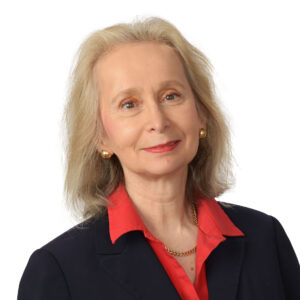 Anna Nagurney is the John F. Smith Memorial Professor at the Isenberg School of Management at the University of Massachusetts Amherst and the Director of the Virtual Center for Supernetworks, which she founded in 2001. She holds ScB, AB, ScM and PhD degrees from Brown University in Providence, RI.  She is the author of 14 books, more than 200 refereed journal articles, and over 50 book chapters. She presently serves on the editorial boards of a dozen journals and two book series and is the editor of another book series. Professor Nagurney has been a Fulbrighter twice (in Austria and Italy), was a Visiting Professor at the School of Business, Economics and Law at the University of Gothenburg in Sweden and was a Distinguished Guest Visiting Professor at the Royal Institute of Technology (KTH) in Stockholm. She was a Visiting Fellow at All Souls College at Oxford University during the 2016 Trinity Term and a Summer Fellow at the Radcliffe Institute for Advanced Study at Harvard in 2017 and 2018.  Anna has held visiting appointments at MIT and at Brown University and was a Science Fellow at the Radcliffe Institute for Advanced Study at Harvard University in 2005-2006. She has been recognized for her research on networks with the Kempe Prize from the University of Umea, the Faculty Award for Women from the US National Science Foundation,  the University Medal from the University of Catania in Italy, and was elected a Fellow of the RSAI (Regional Science Association International), an INFORMS (Institute for Operations Research and the Management Sciences) Fellow, and a Network Science Society Fellow. In 2019, she became the first female recipient of the Constantin Caratheodory Prize from the International Society of Global Optimization. In 2020, she was awarded the Harold Larnder Prize from CORS (only the second female in the award’s 35 year history). Anna has also been recognized with several awards for her mentorship of students and her female leadership with the WORMS Award, for example, and the Moving Spirit Award. Anna was one of 44 Women in STEM featured in the STEM Gems book as a role model for young women. Her research has garnered support from the AT&T Foundation, the Rockefeller Foundation through its Bellagio Center programs, the Institute for International Education, and the National Science Foundation. She has given plenary/keynote talks and tutorials on 5 continents. She is an active member of several professional societies, including INFORMS, POMS, and RSAI and was the Omega Rho Distinguished Lecturer in 2018 and is a 2020 IFORS Distinguished Lecturer.

Anna’s  research focuses on network systems from transportation and logistical ones, including supply chains, to financial, economic, social networks and their integration, along with the Internet. She studies and models complex behaviors on networks with a goal towards providing frameworks and tools for understanding their structure, performance, and resilience and has contributed also to the understanding of the Braess paradox in transportation networks and the Internet. She has also been researching sustainability and quality issues with applications ranging from pharmaceutical and blood supply chains to perishable food products and fast fashion to  humanitarian logistics and disaster management. She has advanced methodological tools used in game theory, network theory,  equilibrium analysis, and dynamical systems. She was a Co-PI on a multi-university NSF grant with UMass Amherst as the lead: Network Innovation Through Choice, which was part of the Future Internet Architecture (FIA) program and was recently a Co-PI on an NSF EAGER grant.